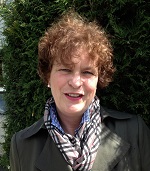 2013 - 2016: Project member at the Institute for Communication Science and Media Research (IfKW), Munich, Germany within the EU-funded projects: ComFish (Communicating with stakeholders on fisheries issues) and HealthC (Improving Crisis Communication Skills in Health Emergency Management). Fields of work: a) film and multimedia conception, design and production, b) participation in the conception of a training program, training materials / toolkit and a best practice manual to promote crisis communication skills of employees in public health authorities and c) member of the quality control board of the project.

Currently: Project member at the Institute for Communication Science and Media Research (IfKW) Munich, Germany within the project PASIT (Phenological and socioeconomic effects of climate change on fruit and nut cultivation areas in Tunisia, Chile and Germany) funded by the Federal Ministry of Education and Research (BMBF). Fields of work: a) scientific work on climate change impact on the perceptions and socio- economic wellbeing of farming communities, b) conception and implementation of outreach and communication campaigns.